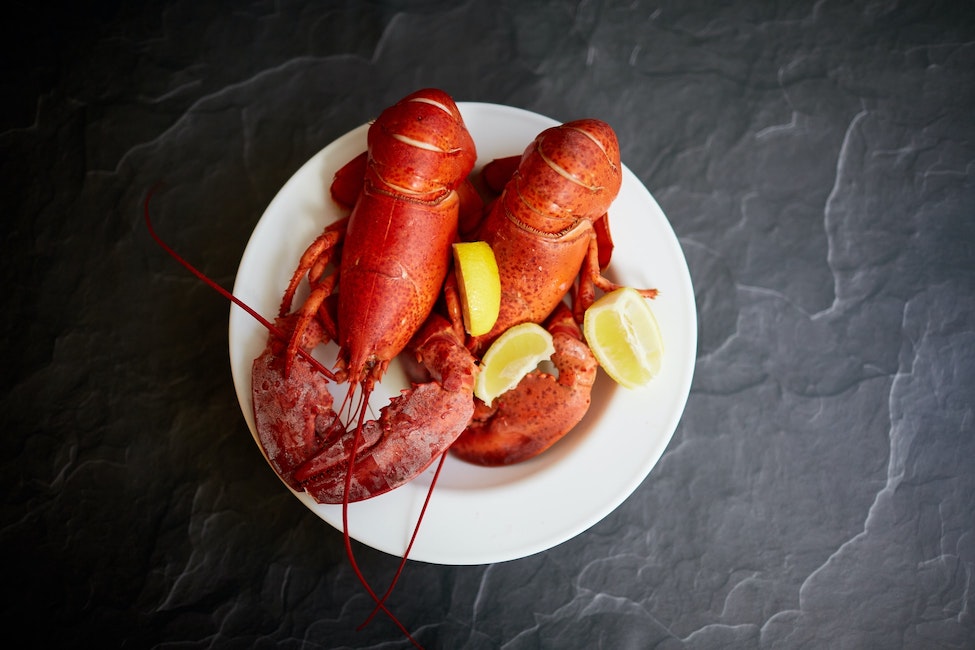 Quite often couples marrying at French’s Point want local lobster for dinner. What’s great about lobster is there are plenty of ways to present the shellfish. For example, at French’s Point, we’ve used hundreds of different ingredients over the years in our classic lobster bakes. And once the lobster is done, there are other ways to present it as an entrée aside from the in-shell presentation, which is traditional but which can create a mess that’s inconvenient for people dressed up for the ceremony.

(If you do plan to have your guests put on a bib and crack into a lobster the old-fashioned way, make sure to warn them in advance with a note on the invitation. You want your guests to be prepared for a meal that could stain their clothes.)

Instead of offering the lobster in the shell, you could stuff ravioli with the lobster meat and serve the pasta with brown butter sauce and lemon zest. We also do a beautiful baby lobster cognac, which is cognac sauce over pasta, or you could try our miniature lobster rolls on brioche bread about the size of a half-dollar. We stuff our mini-brioche with a lemon lobster salad to create these little two-bite variations on one of Maine’s favorite lunch foods. These mini lobster rolls are great because they don’t make up an entire entrée, so you have the option of opening up your menu to something more unique or more broadly appealing for the main course. And the mini-rolls, because they require less lobster meat per person than the in-shell option, are a great cost-saving alternative that still has that fresh, summer lobster flavor.

Lobster Series #1: How to Eat a Maine Lobster