A Brief History of French’s Point 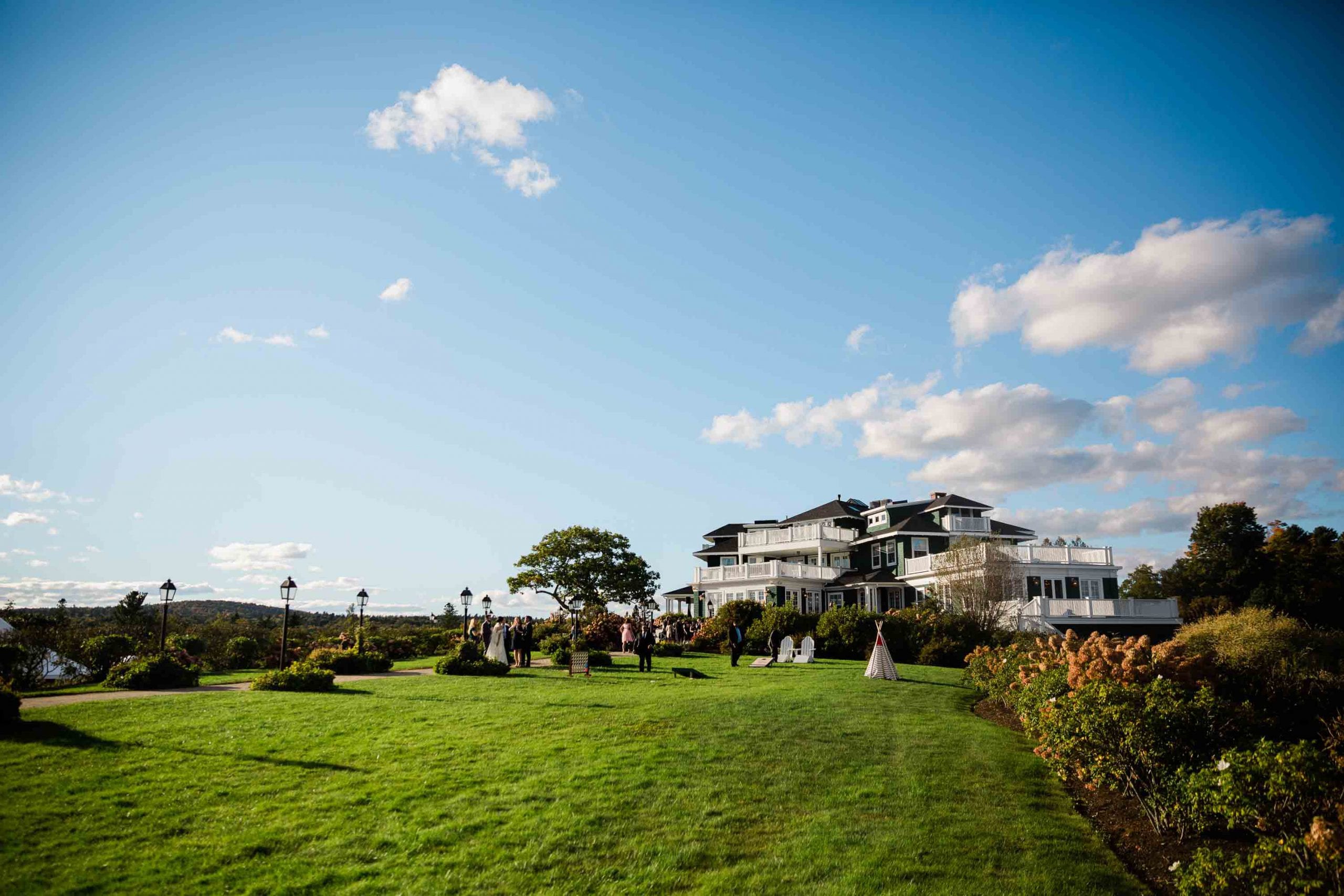 What we know and love today as the French’s Point estate has roots dating back nearly 250 years – a history to which both illicit rum smugglers and law-abiding churchgoers hold a claim.

Col. Benjamin Shute in 1764 bought 100 acres of land on the bay, where he built a log cabin and later added a structure now known as Beach Rose Farm at French’s Point, which remains the oldest wooden building in Waldo County. But the Shute family didn’t get too comfortable. During the French and Indian War, the Shutes dug an underground escape tunnel leading from the house to the shore to lead them to safety in the event of an attack.

Later, slaves on the Underground Railroad traveled the tunnel’s secret passage, followed by rumrunners avoiding the long arm of the law during Prohibition. The tunnel’s historic travelers are a far cry from the happy couples who pose for wedding portraits there today.

The Shute family sold the building in 1814, and the Universalist Church of Bangor took ownership in 1890, housing counselors there for its Hersey Retreat, a getaway for the church community. But the building burned to the ground on Independence Day 1908, a tragedy that fortuitously brought a renowned architect to the property.

The following year, the church commissioned Wilfred E. Mansur, whose buildings populate much of downtown Bangor,  Maine’s third-largest city, to design a shingle-style estate cottage on the site. The spacious cottage and unbeatable water views soon drew fashionable summer tourists, making the location a popular destination for weddings, camps and other events for more than 50 years.

The Brooks family, longtime summer residents of French’s Point, bought the property in July 2002, and renovations began. No doubt Col. Shute would be proud to see how far his log cabin home has come.