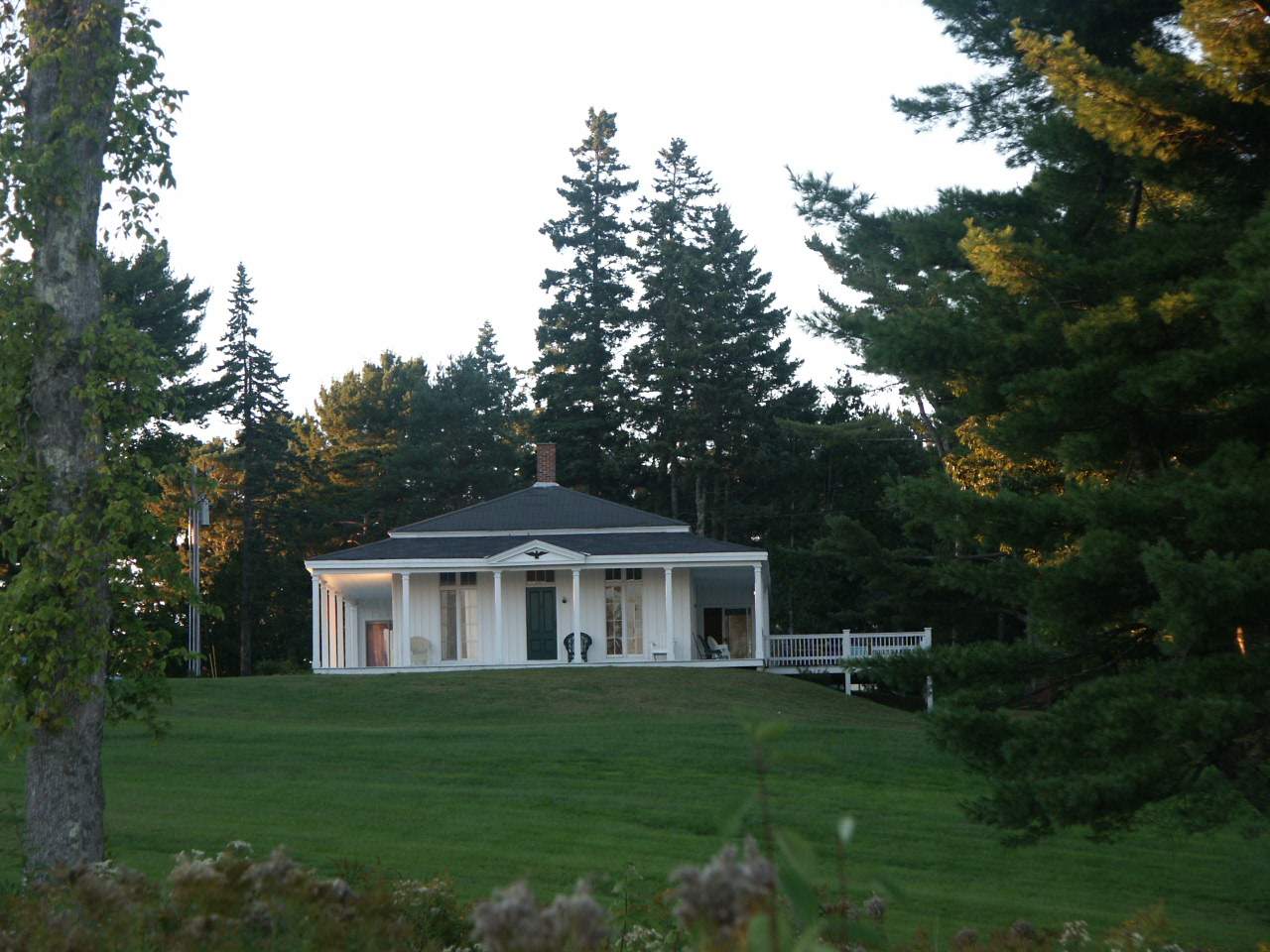 To arrive at French’s Point, visitors turn off the busy coastal byway of Route 1 in Stockton Springs and onto Hersey Retreat Road. While the property around it has evolved over the years, our street’s name remains a daily reminder of the estate’s historic roots.

In the late 1800s, Hersey Retreat served as a getaway for the Universalist Church of Bangor, drawing churchgoers with cool ocean breezes and promises of community-building and worship during the steamy summer months. The retreat was a lifelong ambition of its namesake, Samuel Freeman Hersey, a prominent banker, merchant and lumberman who earned a fortune investing in timberlands.

Hersey’s wasn’t always a blessed life, however, as he outlived two wives and his only daughter died in infancy, according to old newspaper accounts. A financial crisis is known as the Panic of 1837 nearly wiped out the profits from his first business, but Hersey recovered and became a prominent member of the First Universalist Society of Bangor. Only illness and trips out of town kept him from faithfully attending church services.

Hersey taught young men in Sunday school, and sponsored boat and train trips for church youths. He saw the retreat as his legacy, and envisioned a secluded location where children from the parish and their families could enjoy the benefits of “rest, relaxation, and innocent recreation.” He wrote of the project, “This monument I wish to erect in the hearts of the pupils of the Sunday School, which I love so much.”

The retreat was more than just a place to kick back. Summer camps encouraged community building, with participants sharing their life goals and helping with meal preparation and clean up. One historic account tells of “blueberry camp,” where children picked blueberries along the shore while their parents enjoyed each other’s company.

The retreat suffered a terrible loss with an Independence Day fire in 1908, but the tragedy fortuitously brought renowned architect Wilfred E. Mansur to the property. Mansur designed a shingle-style estate cottage on the site, ushering in a new era for the point as a fashionable summer tourist destination.