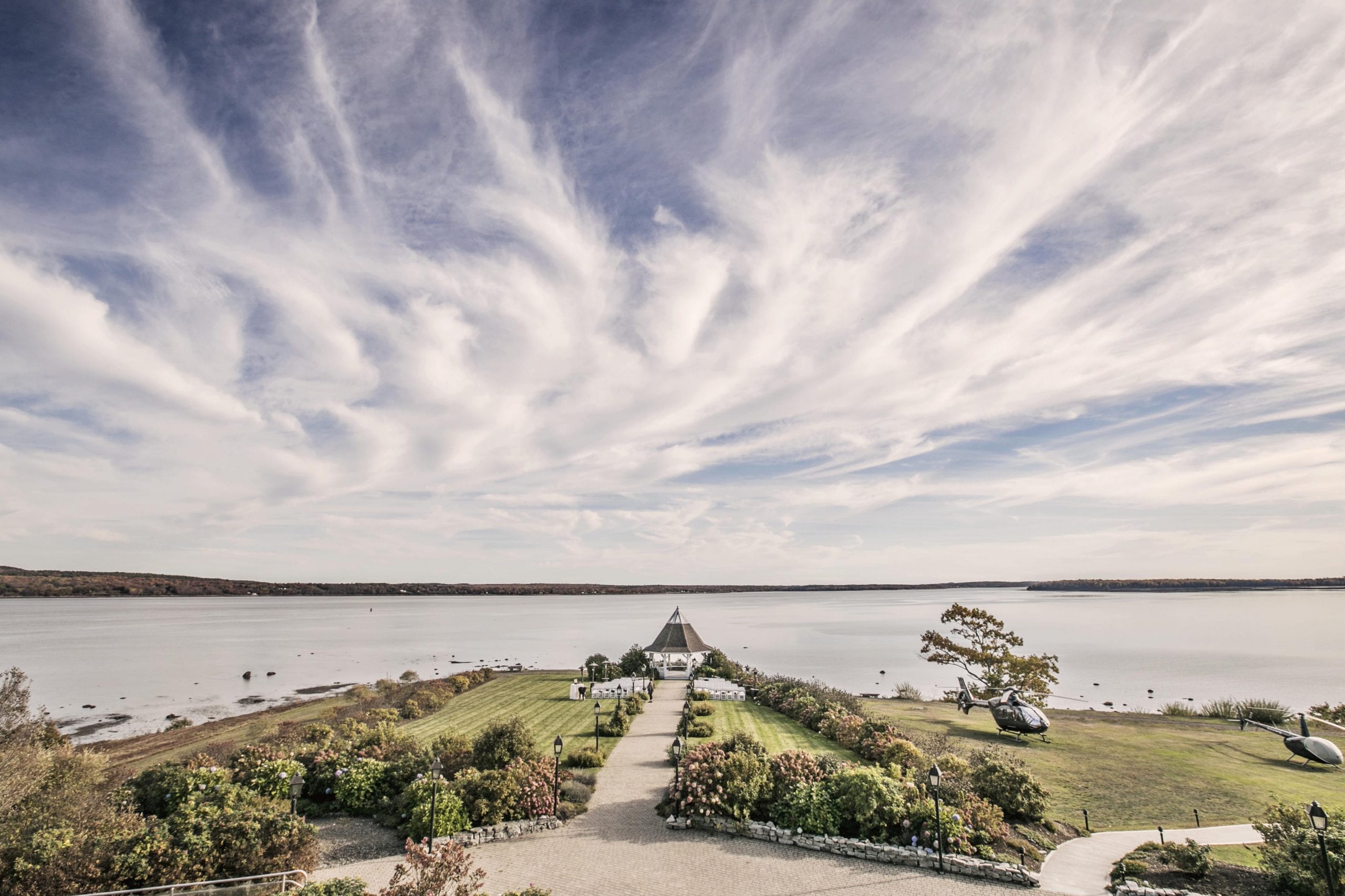 Since tragedy struck in 2001 on Sept. 11th, many couples have avoided having their weddings on this day. Other couples like Julie Bell and Chris Petrak decided the day was the right one for them. To honor the victims and their families of 9/11, the couple — Julie lived in New York City in 2001 — had the wedding party escorted to the gazebo overlooking the Penobscot Bay by Captain Kenneth Barnes of Rockland on bagpipes. It was a gentle reminder of the day as bagpipes accompanied many of the services for police officers and firefighters lost on that most heartbreaking day.

Now almost 10 years later, more and more brides are not shying away from Sept. 11th, especially with September being one of the months most commonly requested by brides. In New England specifically, September happens to be one of the most beautiful and best weather months. Having a wedding on this day also allows couples and families to create good memories of what was a sad day — it becomes about renewal, love and happiness.

On this occasion, the bagpipes will be associated with the walk to a new life together and also gave a nod to the bride’s Scottish family heritage on her mother’s side. This particular element was something extremely specific and personal to the bride and her fiancée as were many thoughtful details created for their big day. The couple wanted their wedding to reflect themselves, their heritage, and their story.

Focusing on customization and personalization is definitely a trend emerging today in the wedding industry. Adding details that tell a couple’s story has become increasingly important in all the weddings we’ve hosted here. Couples are looking for a unique experience and we’ve been extremely successful at helping them customize the smallest of details. This wedding highlighted two themes that were deeply personal for this couple — nautical and Maine-inspired. Together the themes created an elegant and simple wedding highlighted with red, white and blue details present throughout the day.

The maid of honor was in navy blue with a bright red sash and carried a bouquet of red dahlias. The ushers, also known as the “elite eight,” were in navy jackets and instead of traditional boutonnieres; they wore a sailor’s slip knot made from actual sailing rope. The flower girls were in red and white and carried blue and red buckets filled with white paper roses. Signal flags flew on the French’s Point mast. These beautiful details were an important reflection of the couple and paid tribute to a missing father who had passed away in 2003 and loved all things nautical.  The nautical theme was also extended to the couple’s invitation and program. Signal flags adorned the top of both pieces to spell out the couple’s last names. They also used linen paper which is reminiscent of sailcloth.

Having their wedding in Maine was also important to this couple. The bride describes Maine and what the state offers as being at the core of what the couple is as individuals. Their ties to the state are strong with the bride’s father having been born and raised in Biddeford. For many years, the couple has vacationed in the state and 2010 commemorated their 10th annual Maine vacation spending the week leading up to the wedding at The Farm here on the property. As soon as they were engaged, they knew the wedding had to be in Maine and found our wedding venue with its private estate, spectacular grounds and magnificent water views. The bride had been on a vacation in Cushing and drove with a friend to visit and fell in love with the place immediately.

In addition to the nautical elements, quintessential Maine details were also woven into the day — from a lobster bake to the blue silk lining with red lobsters of the groomsmen’s blazers to the custom lobster monogram on the napkins and signage used for the day. Their gift bags for guests were embroidered with Maine 2010 and filled with Maine blueberry jam from Stonewall Kitchens and a navy baseball cap embroidered with a lobster on the front and the date on the back.

Although not a Maine element, the bride and groom took to the patio to have their first dance and it was a red hot tango. It was certainly a unique aspect of the day that further spoke to the personalities of this wonderful couple. They thrilled the guests and showcased their love and passion for each other under the beautiful blue sky of a Maine September day.